What PlayStation VR means for gamers 2016 has been the year of virtual reality coming to the masses, with many headsets gaining popularity among consumers. The latest release is Sony’s PlayStation VR, so we take a look at what the tech could mean for video games – and even how it could affect online casino gaming in the future.

VR for the masses 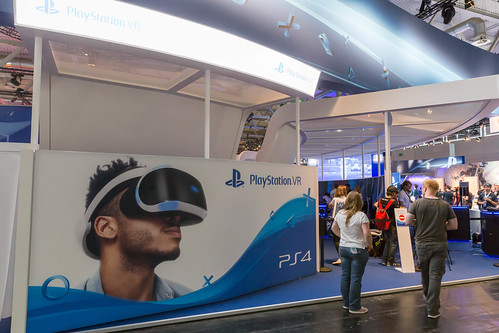 The PlayStation VR headset is considerably cheaper than any of the other commercial offerings currently available, coming in at several hundred dollars cheaper than the Oculus Rift and around half the price of an HTC Vive. It currently costs slightly more than the PlayStation 4 you’d need to use it, but it’s the most affordable VR headset out there.

Another draw for the headset is that it’s got a very large game library to pick from, with lots of titles available upon its release and many more in the pipeline for future developments. While it’s ideal for first-person shooters, as a VR headset really puts you in the heart of the action, there’s looking to be all kinds of different titles currently in development – including stealth, RPG, flight simulators and more.

Sony are cagey about exact sales figures, but more than 50,000 have been recorded in Japan, and the Sony Interactive Entertainment Europe President and Chief Executive put the launch sales at “many hundreds of thousands”  No other VR system has sold quite that much, and none of the others seem to have such an extensive library either.

The future of gaming? 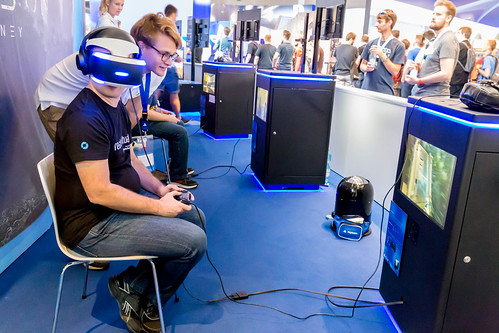 If PlayStation VR does prove to be commercially successful, it will likely mean that more and more developers will be persuaded to create software that runs on VR systems. The system allows for dual-screen capability – for example, streaming one image to the headset and simultaneously sending another one to separate screen – which could allow for interesting and innovative games. There’s a lot of scope for multi-player games too, giving players different experiences within the same game based on whether they’re playing with a controller or a VR headset.

It also raises the bar for the Oculus and Vive headsets, as they have to find a way to compete with this sales data or risk being pushed out of the market entirely. Whether that comes from lowering the computer specs needed to use them, or else creating a killer feature (like including an easy way to track real-life motion into a computer game, for instance; current solutions are bulky and expensive).

Another crucial consideration is how this could impact the wider games. Will we see VR integration across more platforms? The grand variety of casino games seem like an obvious candidate to be rendered in virtual reality: online gaming websites spend a lot of time and money trying to replicate the feel of being in a land-based casino within its games, especially with table games like blackjack or poker.

Combining online gaming with VR could make games feel more immersive and exciting, making even sceptical players understand the appeal of the technology. The future is still a long way off, and it’s unlikely that VR will become the favoured game medium quite yet – but it’s fun to think about how the gaming industry and online casinos could utilise these developments in the future!