Over the last few years the eSports industry has exploded and continues to grow at unprecedented rates. The newest tournament on the scene is the World Electronic Sports Games (WESG), which sees its first ever finals being held in Shanghai in December 2016. The guys at Lucky Nugget Casino decided to take a look at the tournament, and find out what we could learn about the wonderful world of competitive video games.

What is World Electronic Sports Games? 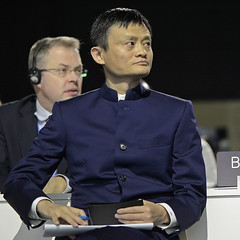 WESG was announced in March 2016 by Jack Ma, a Chinese businessman who owns the Alibaba e-commerce company. Alibaba is the world’s largest retailer, bigger than Amazon or Walmart, and has a number of subsidiary companies. These include Taobao (a consumer-to-consumer website like eBay), Alipay (a payment escrow service) and AliExpress (a business-to-consumer sales site).

AliSports is the subsidiary in charge of the new tournament. It was established in September 2015 and focuses on promoting both regular sports and eSports. Besides this new eSports tournament, it was also responsible for much of China’s coverage of the Rio Olympics in 2016: the company hosted live-streams of Olympic events, which racked up 7.5 billion streams in total.

What games are being played? 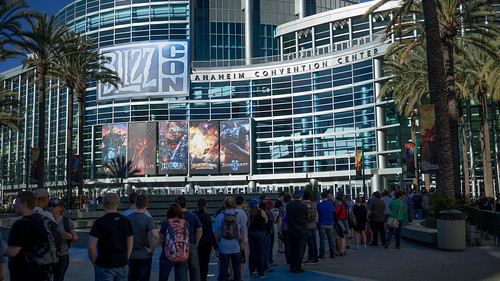 The games being played at WESG are: Counter-Strike: Global Offensive, Dota 2, Hearthstone: Heroes of Warcraft, and StarCraft 2. These titles have substantial audiences on streaming platforms like Twitch, meaning there are many eSports fans who could be persuaded to tune in – potentially including around 470 million in China.

CounterStrike: Global Offensive is a 5v5 team game, played as a first-person shooter. Teams take on the role of either Terrorists or Counter-Terrorists, and compete in a best-of-30 match. More than 25 million copies have been sold world-wide. The most recent CS:GO tournament was the ESL One Cologne 2016, held in July, which was won by SK Gaming from Brazil. The prize pool was $1 million USD – something which WESG aims to match or exceed, thanks to crowdfunding donations.

Dota 2 is another game with an established major tournament scene. Two teams of five players compete to win matches, with each individual controlling a powerful ‘hero’ who has unique abilities and different play-styles. Its first tournaments were played in 2011, and the prize pool was set at $1 million. As of June 2016, Dota 2 is the highest earning eSport game ever: almost $65 million has been paid out in winnings, with the 2016 Summer Major boasting a record-breaking $20 million prize pool.

Hearthstone is a somewhat different game, as it’s a collectable card game which is played as a one-on-one match. Instead of teams, all the pressure is on individuals. The third Hearthstone World Championship was held on 5 November 2016 at BlizzCon 2016, the annual Blizzard Games convention: it was won by Pavel Beltukov from Russia, who took home $250,000. Prizes for Hearthstone are much lower than some other top eSports, so professional players rely on livestreaming for income.

The final game on the WESG roster, StarCraft 2, is potentially the most prolific eSport. It has a huge following in South Korea, where two different television channels are devoted to streaming matches. As a real-time strategy game, it occupies a niche no other game can match. Its popularity has been somewhat decreasing since 2012, but it still has a very strong legacy and dedicated fan base.

One obvious game missing from the line-up is League of Legends. Its 2015 world final match, broadcast from Berlin, saw 36 million unique viewers tune in from all over the world. It’s the biggest eSports game in the world right now, but its calendar is already plenty full of tournaments and competitions so there may not be time for another.

How much prize money is up for grabs?

Reports on how large the prize pools are conflicting. Initial reports pegged the total prize pool across all the games at $5.5 million, but more recent sources from the official WESG website seem to have revised this to around $3.7 million.

However, eSports tournaments often have much higher prizes than initially advertised, thanks to the generosity of fans. It’s a pretty common practice for viewers who are enjoying the stream to donate money – whether to individual players (often through those players’ own Twitch sites), to their favourite teams, or to the prize fund in general. Even before crowd-funding, the prize money for WESG’s CS:GO tournament looks to make it the highest-paying championship ever.

The Grand Finals for all four games on offer will be held next month in Shanghai, and the official website will provide more information on how to watch the championship matches nearer the time. eSports betting sites will probably offer odds on the matches if you fancy a flutter to accompany your viewing experience.

But if you can’t wait till December for all the action, then why not play some casino games at Lucky Nugget? There’s all the potential prize money of eSports up for grabs, but without all the time spent having to hone your mental agility! And if you ask us, that’s a trade-off we’re willing to make.